Research analyst groups such as Forrester, Gartner, Yankee Group, Aberdeen and others that publish the various industry reports and sell them to customers and vendors should be really worried about this part of their business. Here are the five reasons why? 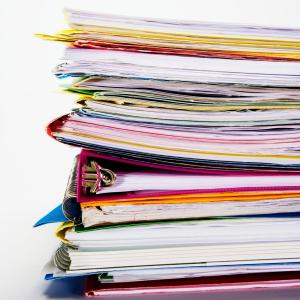 1) Analysts sell expensive, static and hence quickly outdated content – Many of these reports put out by these analyst groups are expensive. These reports are exhaustive, some of them are very large (100 pages is not uncommon), but the content is static once published and hence quickly outdated because of rapid changes happening in some of these industry segments. These reports are similar to the “10 mutual funds to invest in 200X” report published at the start of the year which assumes that nothing will change the rest of the year to change any of these predictions. In the world, we live in, where so much dynamic content is being generated on a daily basis, static content does not have value – you are not talking about a trend that withstands the test of time. Technologies covered by these reports sometimes have a very short shelf life – what starts as a big hype at the start of the year could go extinct in a matter of months. Snapshots that stay static for 12 months have lesser and lesser value these days. Plus, a lot of this content is available elsewhere, so why pay for this content? Where is the differentiation?

2) There is no measurable ROI for vendors – The analyst groups require the vendors to do an obscene amount of work to participate in their research that produces these reports. What is the ROI for the vendors for this participation? How many of their prospects read these reports? Of those who read them, how many are influenced by these reports in their purchase decision? If a vendor cannot figure this out, it is only a matter of time some of them will turn away from participation. It is my theory right now that vendor participation is because of fear than anything else – but this will change in the course of time because vendors can now measure and get better ROI from their other marketing efforts.

3) Every vendor claims the laurels – Many of these reports dole out laurels in one shape or form to all the vendors who participated in the report. All the vendors then put out press releases claiming victory – for example, after a recent analyst report, here are the headlines of press releases by three companies covered in the report (I have taken out the name of the analyst and the company names out intentionally)

XYZ study Identifies Vendor B as a Market Leader

What the heck does any of this mean? How does it solve the customer’s pain point? If everyone can claim victory, what really has the report done for the prospect? These reports are not objective or unbiased as these analysts claim them to be – or is it that the analysts do not really understand the differences between the different vendors and hence gives good grades to all of these vendors?

4) Analysts are not real users – Analysts do not necessarily use the products that they cover in their reports. So their viewpoint is not that of real users – analysts ask vendors to give them names of customers to interview – do you think a vendor will ever give the analyst the name of a customer who would give them the real insight (good, bad and the ugly) into the vendor’s product – NO – the vendors give them names of those customers who will rave about their product. So where is the value? This makes the analyst nothing but a pundit who can say anything they want with no accountability – they are NOT HELD ACCOUNTABLE for anything they can say. They can say that some new technology is great and then later in the year turn around and say that it was a hype.

This is no different from stock market analysts who predicted Google stock to be worth $1000 or those that predicted that oil will touch $200/barrel.

To make matters worse, some of the analyst reviews I have read contain nothing but a cut and paste of material from vendor’s marketing material. Where is the value?

5) Analysts are on payroll of vendors: Analysts do work for the vendors they cover on a consulting basis. They also sell distribution rights for portions of their reports to the same vendors covered in the report. There is a definite conflict of interest here. This is very similar to how Wall Street pushed the stocks they underwrote to their investment clients. What makes the analyst objective and unbiased if they have intentions to sell distribution rights to these reports to the same vendors being reviewed? Will they ever write such unbiased views of a vendor if they are earning consulting revenues from the same vendors? This is a well known fact among the vendors and the question is how long is this dance going to last? I predict not for long.

So what can these analyst groups do different instead of the current stale reports? – don’t know. But I know for a fact that the best 3rd party endorsement that a vendor can get for their product is from customers and not from these analysts. Analysts were important once upon a time to disseminate awareness of a vendor’s products before the arrival of the internet, but now product reviews written by real users are more prevalent and valuable than an analyst’s opinion especially when the analyst is not a real user.

If the analyst groups don’t come to this realization soon and not reinvent their business to address these changing times, they will face the very same challenges that is currently playing havoc with the newspaper industry.

What do you think?

6 thoughts on “Five reasons why analyst reports will become extinct”

This site uses Akismet to reduce spam. Learn how your comment data is processed.